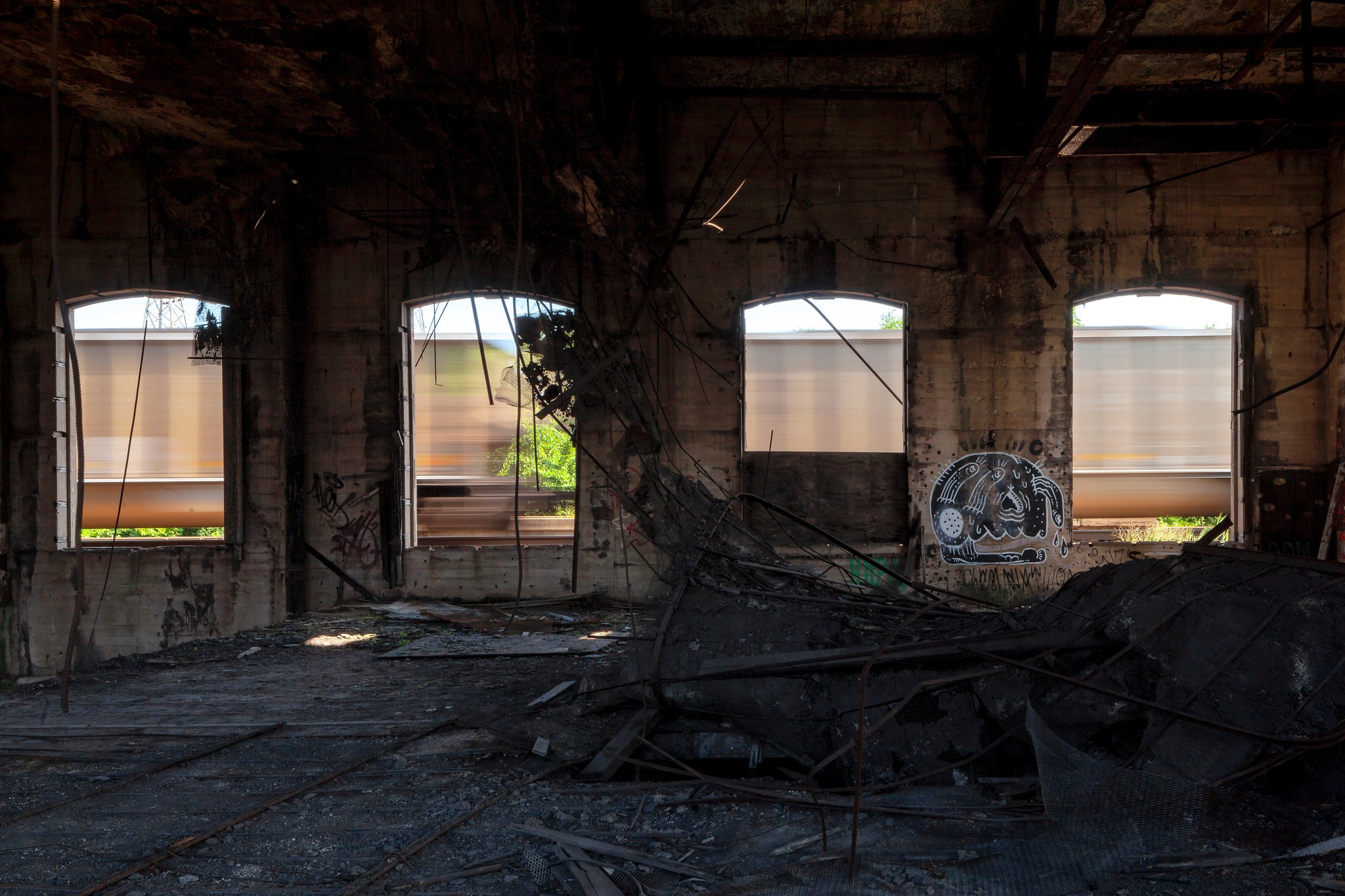 We traveled to seven rail depots in the nation’s middle. The stations, some remade and others crumbling, reflect the trajectories of their towns.

GARY, Ind. — Back when work at the steel mill was plentiful and newcomers flooded into town, Union Station was Gary’s front porch. A jobseeker could step off the train and set off down the brick driveway toward the booming U.S. Steel plant a block away.
These days, Union Station is empty, rotting in plain view alongside a highway exit ramp. No train has unloaded here in decades. Trees grow wild in the baggage area. Rubble covers the waiting room floor. The sun glints through a partly collapsed roof.
Still, there are dreams to revive this train station.
A few months ago, the city sold the building for $10 to a group of artists who have cleaned the outside and have plans to haul away the garbage and put windows back in. Perhaps it could become a restaurant. Or a museum. Most of all, they say, it could serve as a sign that this city, which has lost more than half its population and struggles with violence and blight, is heading toward a long-awaited rebound.
The middle of the country has a tortured romance with its train stations, often grandiose structures that shaped local history but stopped serving a purpose. The announcement this summer that Detroit’s crumbling train terminal — among the best-known symbols of that city’s decline — would be turned into futuristic offices brought new attention to the problem of what to do with aging depots.
Rail travel shaped the map of the Midwest, multiplying the population and linking farms and factories to consumers in the East. Towns sprouted up around depots. Cities blossomed where rail lines connected.
But stations closed in the 1960s and ’70s, victims of automobiles and airplanes. The very symbols of a town’s vibrancy turned into symbols of decline. Thousands were demolished. Others sat empty and crumbled.
Now calls for preservation and renovation have cropped up all around, out of a sense that civic identity rests, in part, with a train depot.
“I think it’s hope,” said Lori Gonzalez, leader of the Decay Devils, the nonprofit group that now owns Gary’s station. “It’s not a dead city. It’s not a ghost town. It’s not scary.”
We traveled to seven stations in five states, and found that there’s nothing simple about finding new life for a fading city, or for a depot when the trains stop running. 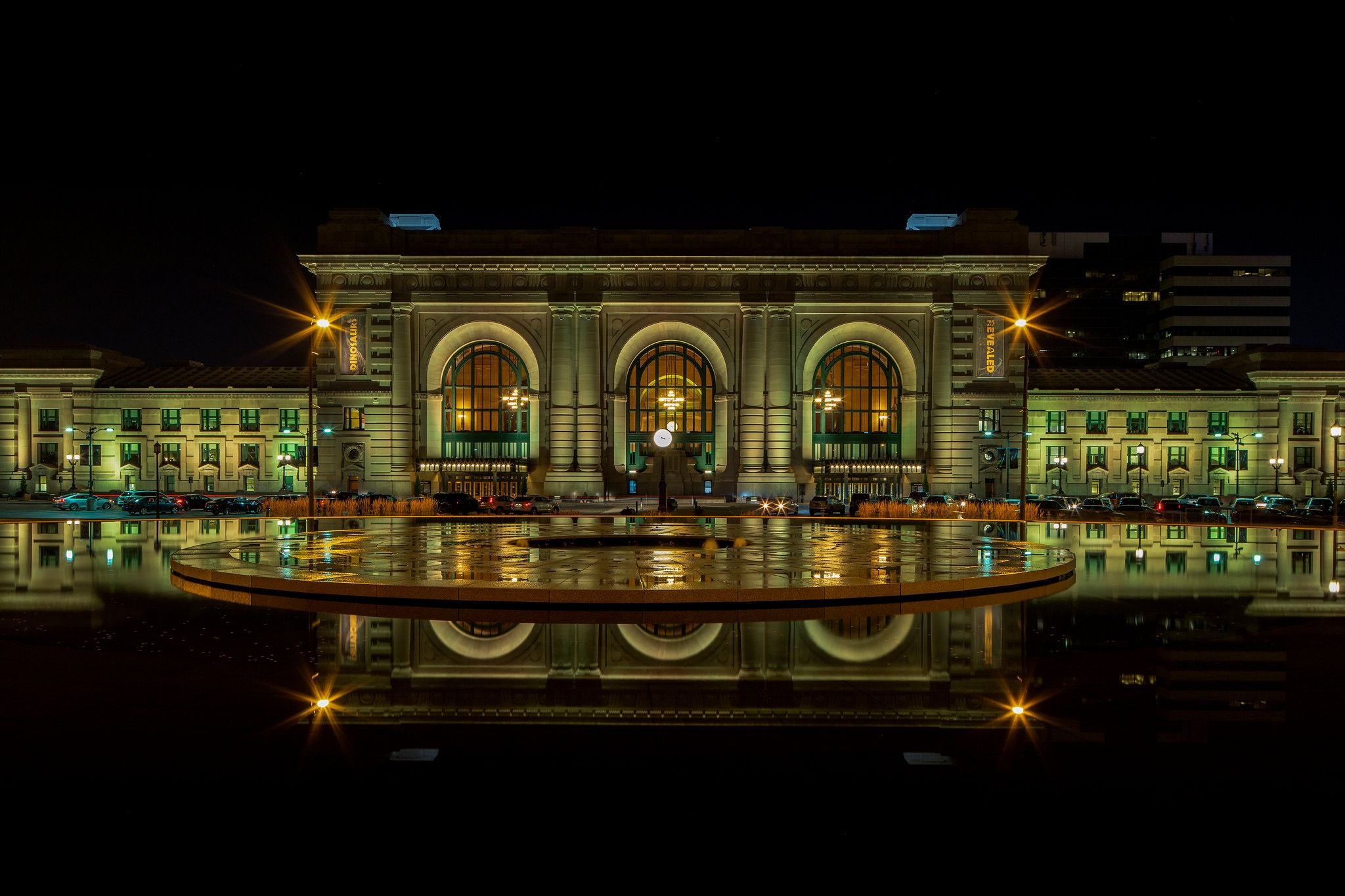 Rescued from the edge

KANSAS CITY, Mo. — If ever there was a model of a decaying station brought back to vibrancy, it would be in Kansas City.
Singers film music videos in Union Station’s Grand Plaza. Travelers board Amtrak trains bound for Los Angeles or St. Louis. Schoolchildren arrive by the busload to tour its science museum. And the building, the country’s largest train station outside New York when it opened, has been at the center of a renaissance in Kansas City’s formerly barren downtown.
Just a decade ago, the station was on the verge of bankruptcy and closure. Its renovation in the 1990s, funded by taxpayers in both Kansas and Missouri, was seen as an architectural success, but a financial failure. The nonprofit group that ran the property was millions of dollars in debt and unable to pay its utility bills.
“It was the single best economic development tool in the history of Kansas City and the worst business model on the face of the earth,” said George Guastello, the chief executive who brought in new tenants and saved Union Station from closing. 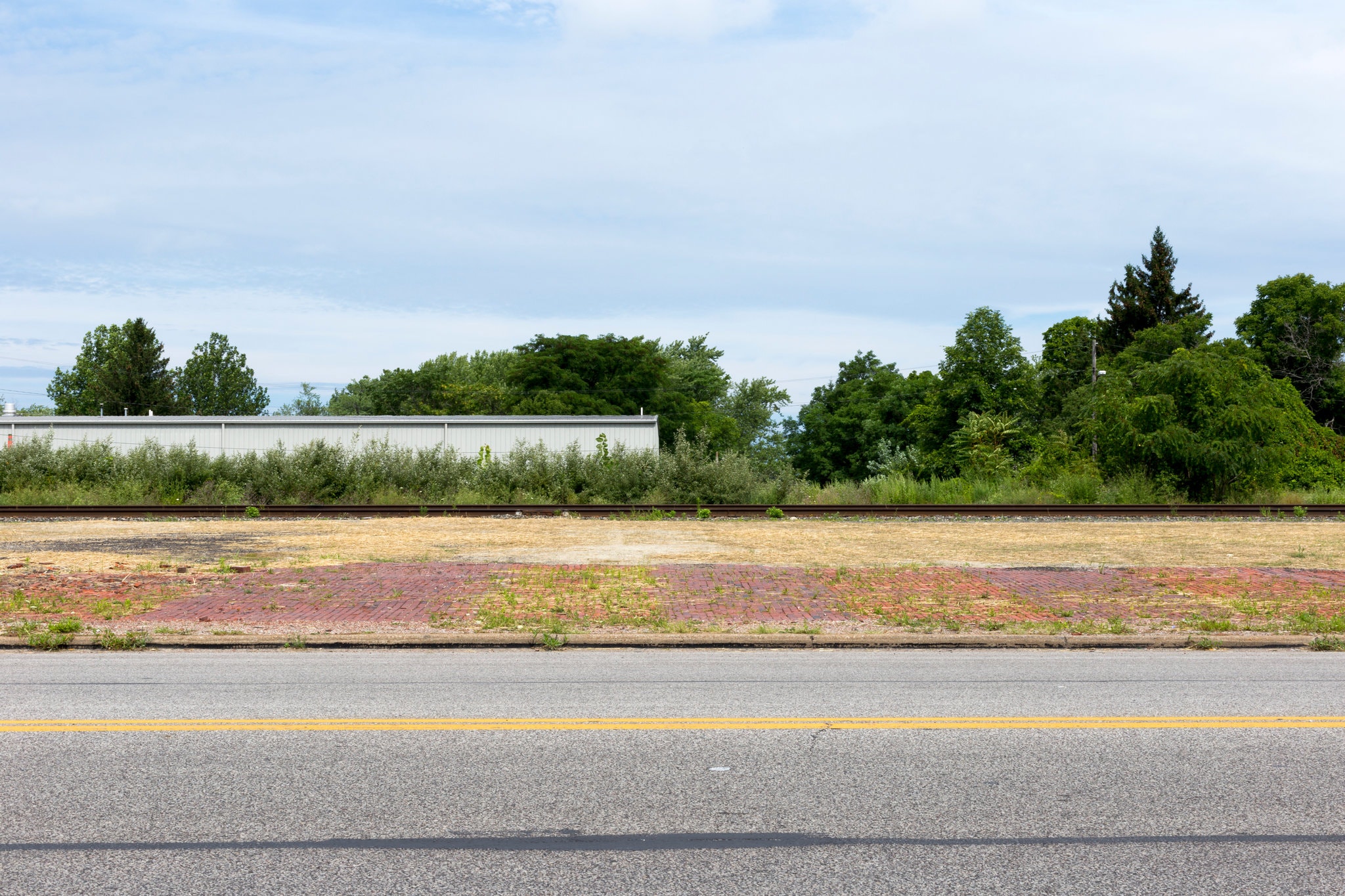 ASHTABULA, Ohio — Like many industrial cities, Ashtabula is stuck between an illustrious past and an uncertain future. The coal docks on Lake Erie closed a few years ago. The population has dipped. Buildings have decayed.
The train depot on West 32nd Street, which stood for 117 years, was demolished this spring.
In the decades after Ashtabula lost passenger rail service, there often was talk about saving the depot. In recent years, as the roof collapsed and city officials warned that the building was a hazard, some longtime residents started an online campaign to salvage it. John Patterson, a state legislator, tried to build interest and support.
None of it worked. And Ashtabula’s attention turned elsewhere, including toward a waterfront district with an influx of restaurants and shops.
All that remains of the station is a bunch of bricks on its former driveway and a few salvaged pieces of the foundation that were moved to a municipal storage yard.
“It’s nobody’s fault,” Mr. Patterson said. “You can’t do everything. It’s a casualty of our limited resources.” 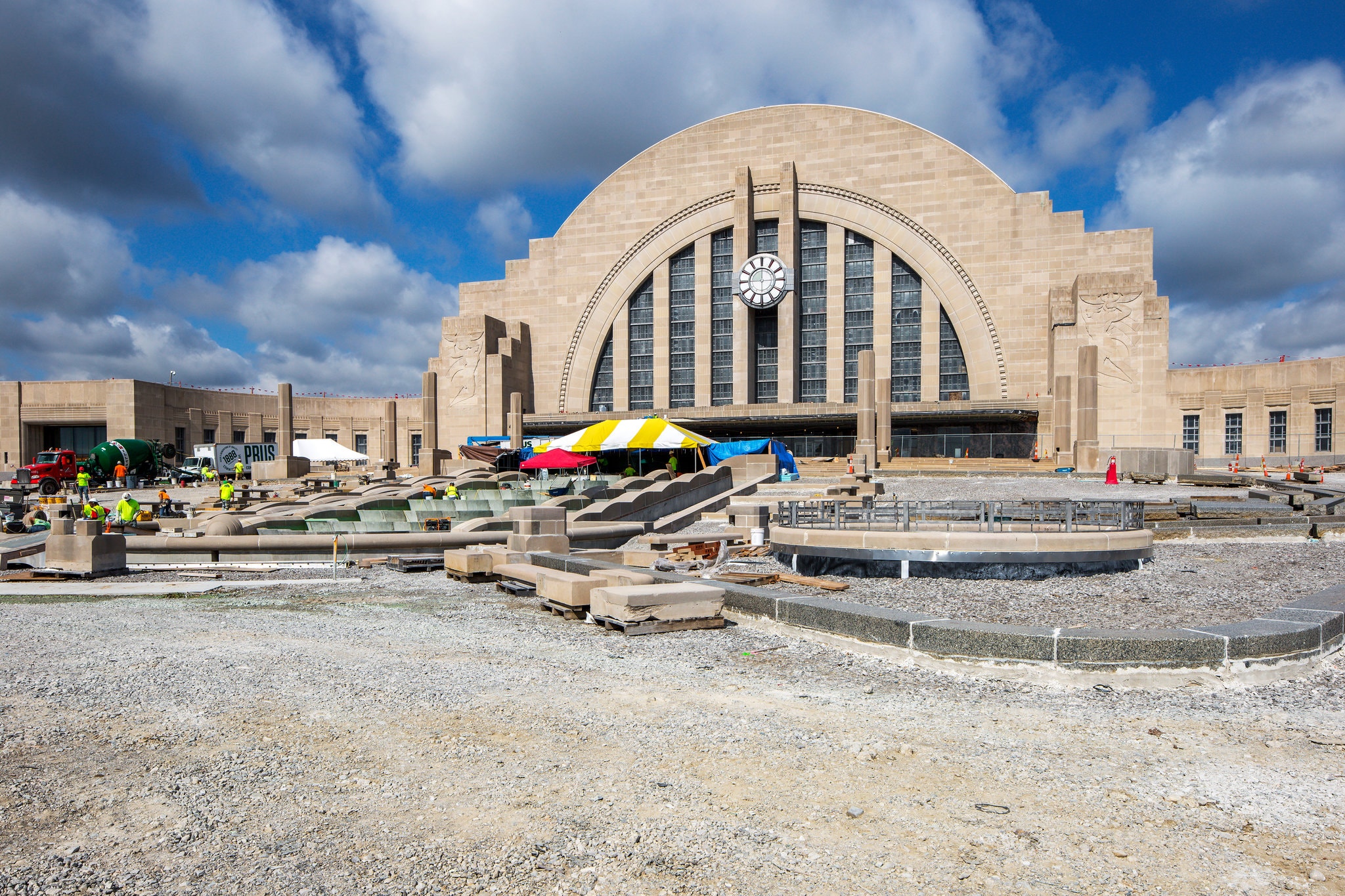 CINCINNATI — By the time Union Terminal, an Art Deco behemoth, opened on 287 acres in 1933, there already were signs that it was an architectural overreach. The depot’s parking garage and expansive drop-off lanes hinted at an essential problem: Cars were increasingly popular.
The building’s stint as a full-time train station lasted only 39 years, but residents refused to give up on it. In the 1970s, the city bought the vacant structure for $1 million. In the 1980s, it became a shopping mall. When the mall withered, voters agreed to spend $33 million in taxes to turn the depot into a home for museums.
The museums thrived, but the building deteriorated. Water seeped through walls. Intricate paintings faded. Electrical systems faltered. Museum officials considered relocating.
“We couldn’t really move forward with the stuff we wanted to do when the building was crumbling,” said Elizabeth Pierce, the chief executive of the museum center.
Once again, Cincinnati-area voters approved spending taxes — this time, about $175 million — on the station.
For the last two years, Union Terminal has been a maze of scaffolding, ladders and construction workers. The glass murals in the lobby have been polished; the giant clock out front hauled off for repairs. And when the natural history museum reopens in November, the skeleton of a giant, rare Torvosaurus will be displayed in the new Dinosaur Hall. 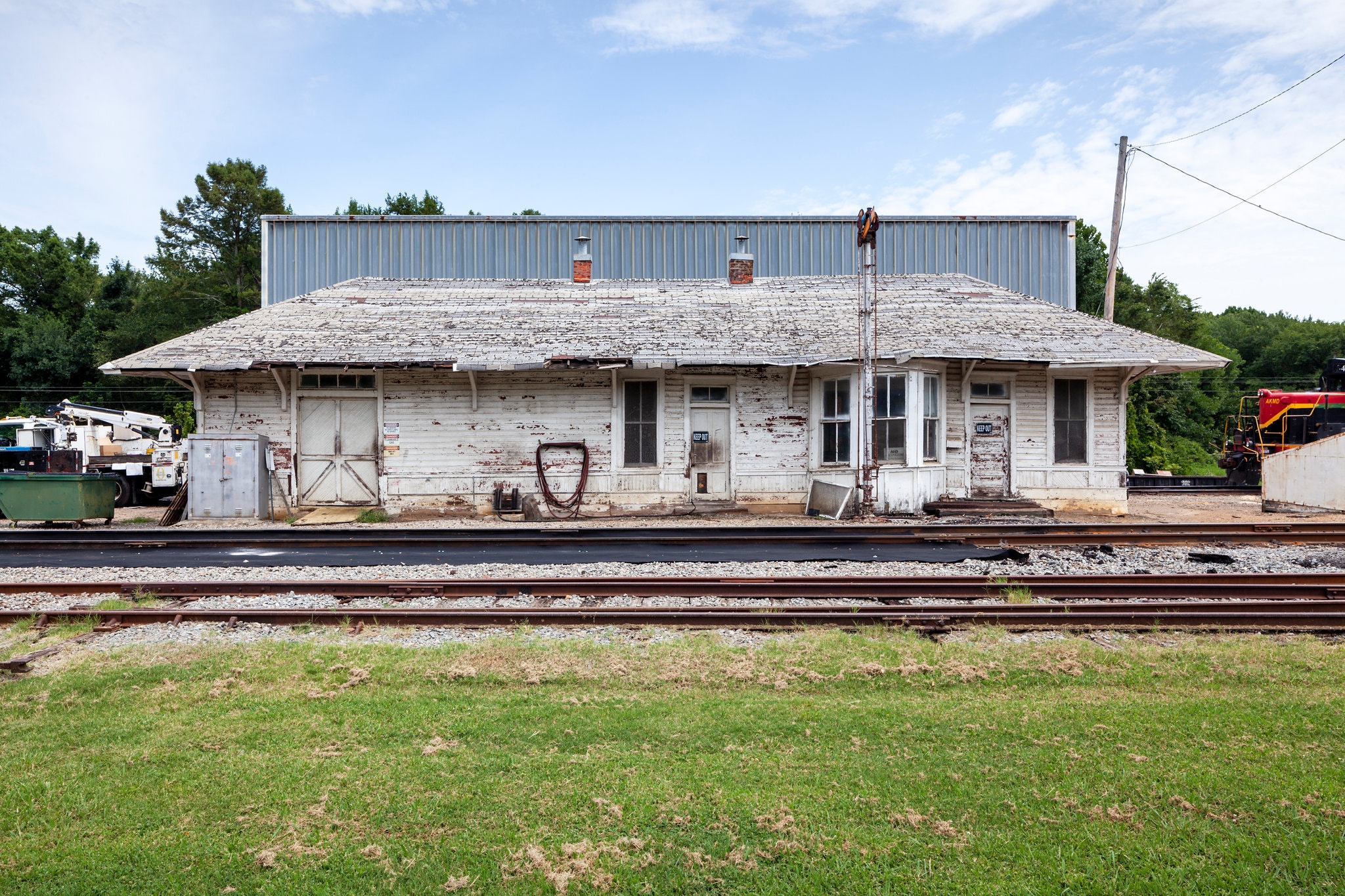 PERRY, Ark. — The squat building with peeling paint and a “KEEP OUT” sign on the door sits beside the railroad tracks in this no-stoplight town. Without those tracks and that building, there would be no Perry, which began as a railroad stop and grew into a city.
“It was the center of activity, really, for the town,” said Buford Suffridge, 77, who recalls seeing World War II troop trains pass through back when Perry had a cafe, a drugstore and a high school.
Passengers stopped coming in the late 1960s and railroad workers later stopped using the depot, even for office space. The building, believed to be 100 years old, continued to decay. The two segregation-era waiting rooms — one for black people, another for white people — have moldy walls and creaky floors.
Demolition seemed assured several months ago, but Perry residents scrambled to raise money to relocate the building. The railroad company allowed demolition deadlines to pass. This week, the depot was lifted from the ground, placed on the back of a truck and moved to a temporary home.
Rescuing the station was deeper than just nostalgia and sentimentality. Jimmy Middleton, 83, a lifelong resident, said seeing the depot torn down would have been like “losing a member of the family, almost.” 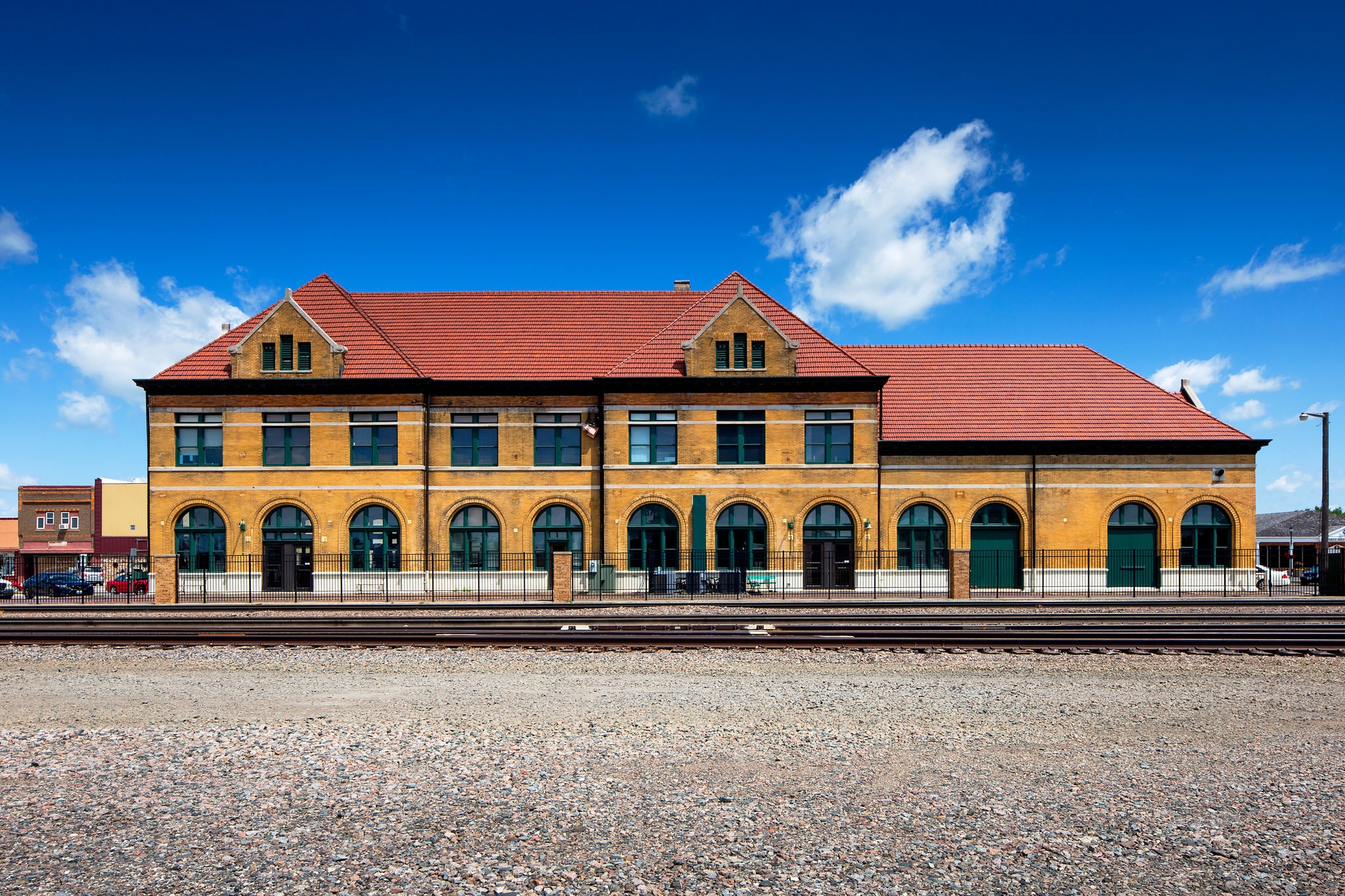 Put up a parking lot

CRESTON, Iowa — The year was 1970, the ornate brick depot had been abandoned and the mayor of this city in southern Iowa wanted to tear it down for a parking lot.
“We really need more off-street parking in Creston,” the mayor, Marvin Taylor, told The Des Moines Tribune that year.
Creston did not embrace his plan. This city had been founded as a camp for railroad workers during the westward expansion and its train station, built in 1899, shaped the skyline. A group of residents agitated to save the depot, early members of a preservationist movement that many attribute to outrage over the demolition of New York’s Penn Station in 1963.
Rather than a parking lot, the depot was converted into City Hall and a senior center. The smoking lounge became an art gallery. In the former baggage room, older residents gather for bingo games and pork loin lunches. And in the waiting room, pew-like benches were left in place.
Soon, that waiting room will come full circle and train riders will again begin their journeys at the depot. Amtrak recently signed a contract to lease the space for its passengers and has started renovations. 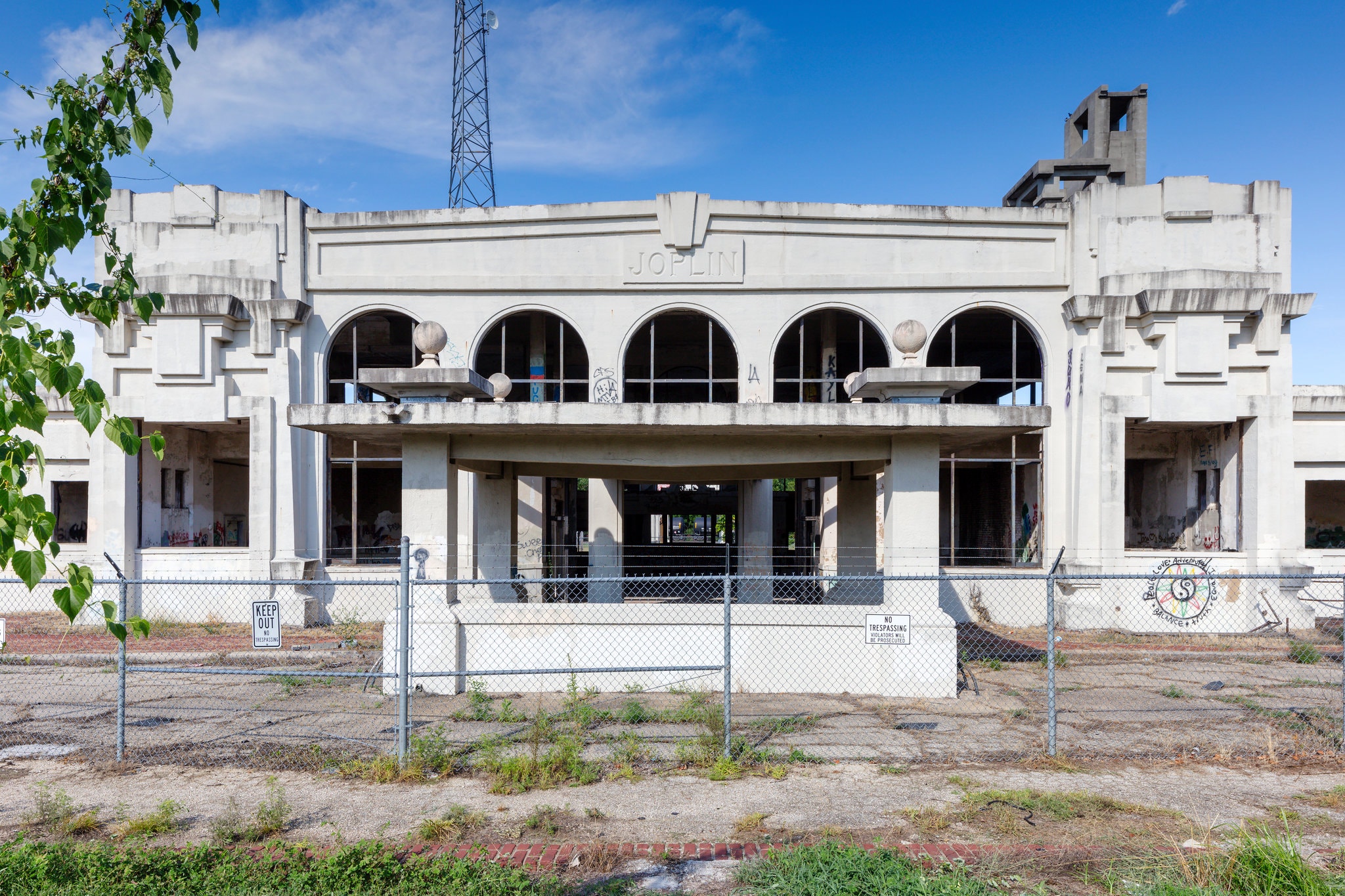 A ‘tank’ of a building

JOPLIN, Mo. — Union Depot needs a savior, and the state of Missouri wants to know if you’re it.
Vacant for nearly 50 years, the depot today is a windowless shell that still looks impressive from the outside. The interior, however, is a mess, with vulgar spray paint missives covering the walls and floors.
Where some see ruins, Toni Prawl, the director of Missouri’s historic preservation office, sees untapped potential. The depot is in a prime location, just off Route 66 and a short stroll from downtown. And the distinct style of its architect, Louis Curtiss, can still be seen.
“Because it’s concrete, it’s a really sturdy building,” Dr. Prawl said. “It’s like a tank.”
The state government has been the depot’s reluctant landlord for 20 years, and is eager to sell the building to someone with a good idea and a solid funding source. So far, there have been no takers.
“It’s in need of some love,” said Patrick Tuttle, the director of the local tourism agency. “But it’s getting close to the point where love won’t help.”

Mitch Smith covers the Midwest and the Great Plains. Since joining The Times in 2014, he has written extensively about urban violence, oil pipelines, state-level politics and the national debate over police tactics. He is based in Chicago. @mitchksmith
A version of this article appears in print on Sept. 28, 2018, on Page A13 of the New York edition with the headline: Durable Symbols Of Long Decline, And Civic Rebirth.

The unauthorized use of images of Union Station for commercial purposes could falsely suggest endorsement and therefore is prohibited.